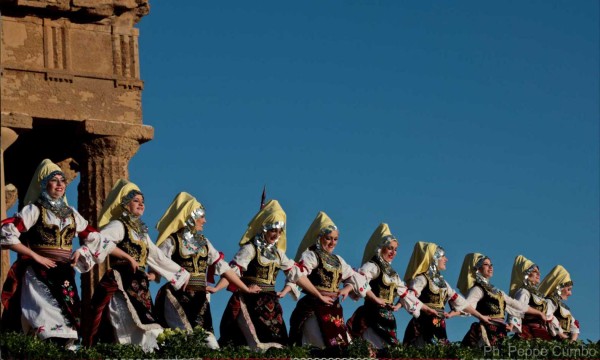 Official Website :- https://www.mandorloinfiore.online/
Venue :- Valle dei Templi - Agrigento - Sicily Italy
Every year the city of Luigi Pirandello and the picturesque Valley of the Temples is filled with colors, music, dance and local flavors (but also multi-ethnic) that involve not only the Sicilians who come from all parts of the island but also tourists Italians and foreigners who now have the opportunity to witness an extraordinary event or the Almond tree in Flower . The manifestation of the Almond Blossom, who long ago was held in February, in recent years focuses, instead, in March because the weather conditions a bit 'warmer and has a life of about eight days. The Almond Feast in Fiore is typically characterized by striking almond blossom Valley of the Temples and the surrounding areas to Agrigento. And in fact the aim of the festival is really to celebrate the early spring with the blossoming of the almond trees symbolizing the return to life after the long lethargy caused by winter. But over the years the event has gained new cultural meanings, in particular related to the spread messages of peace to all the peoples of the world.