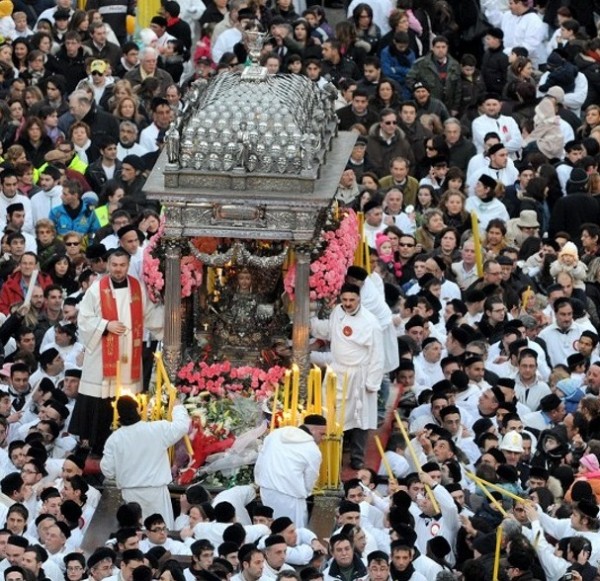 Official Website :- http://www.festadisantagata.it https://it.wikipedia.org/wiki/Festa_di_sant'Agata
Venue :- Italy Sicily Catania
The Festival of Saint Agatha is the most important religious festival of Catania, Sicily. It commemorates the life of what is the city's patron saint, Agatha of Sicily. It takes place annually from 3 to 5 February and on 17 August. The earlier dates commemorate the martyrdom of the Catanaian saint, while the latter date celebrates the return to Catania of her remains, after these had been transferred to Constantinople by the Byzantine general George Maniaces as war booty, having then remained there for 86 years.