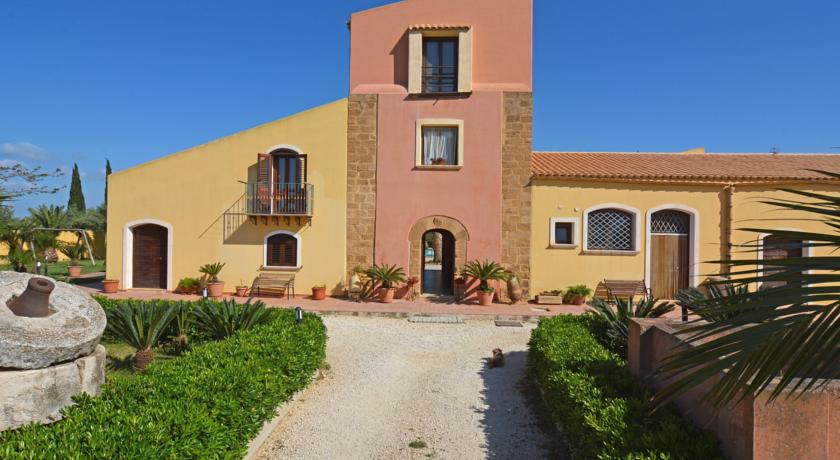 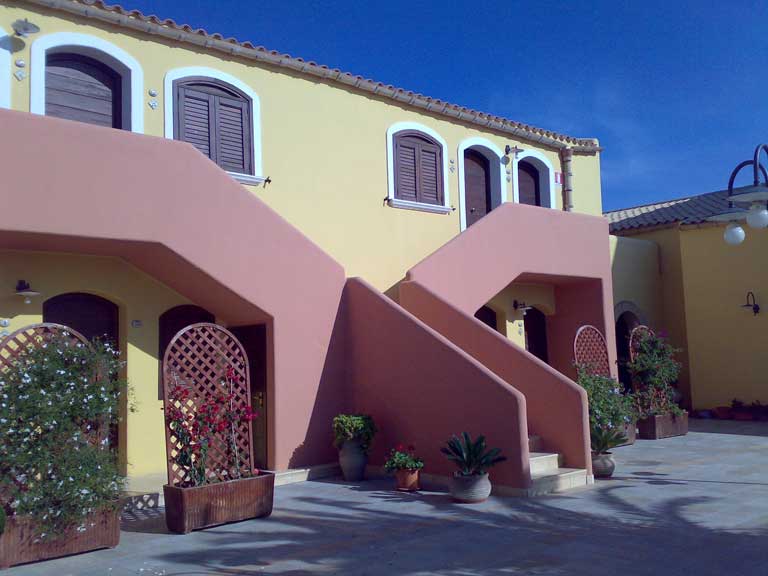 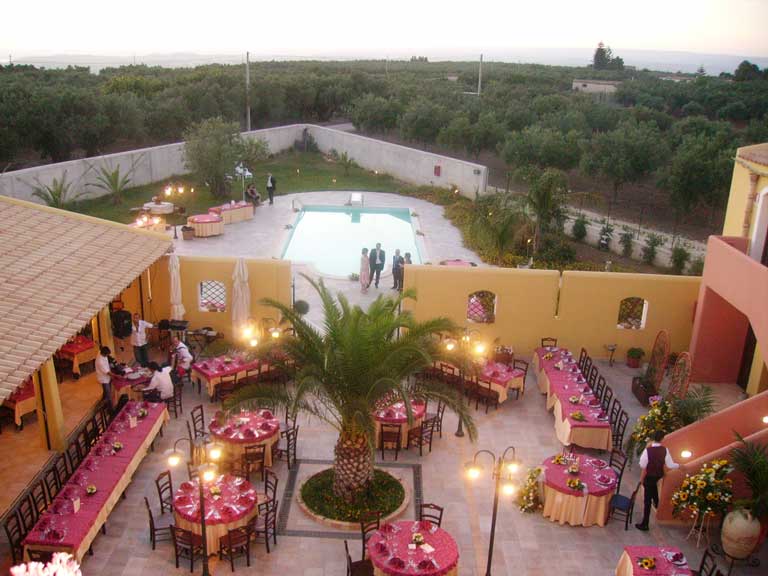 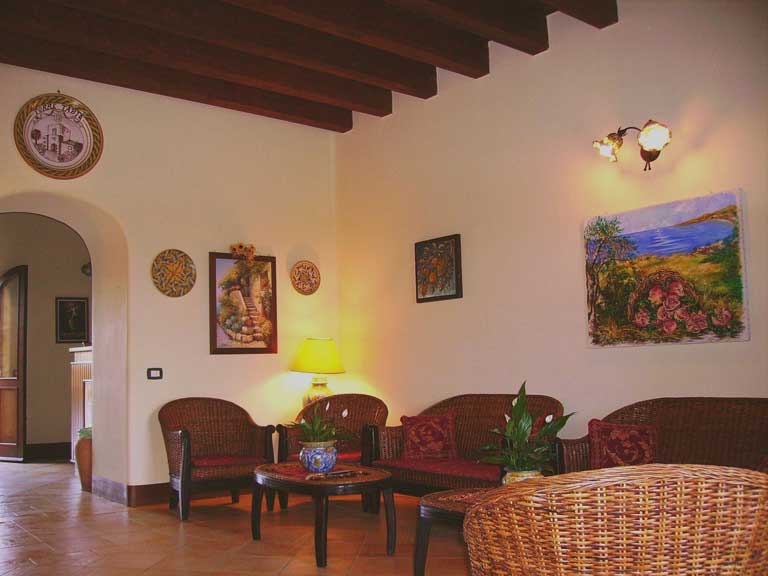 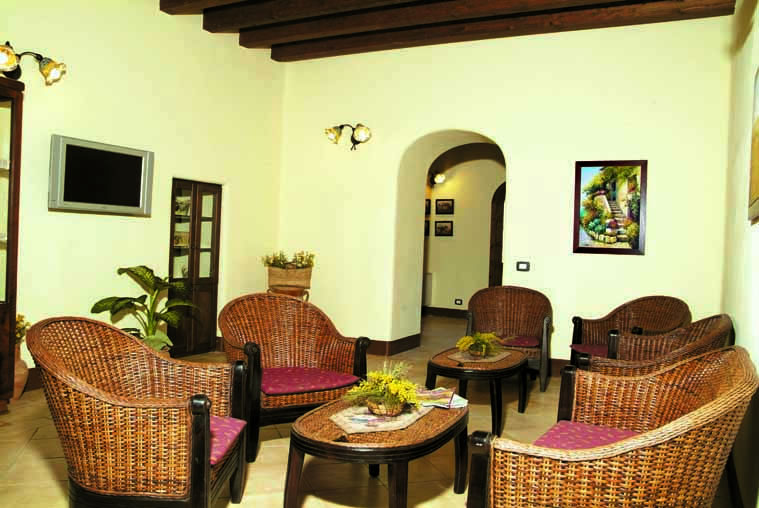 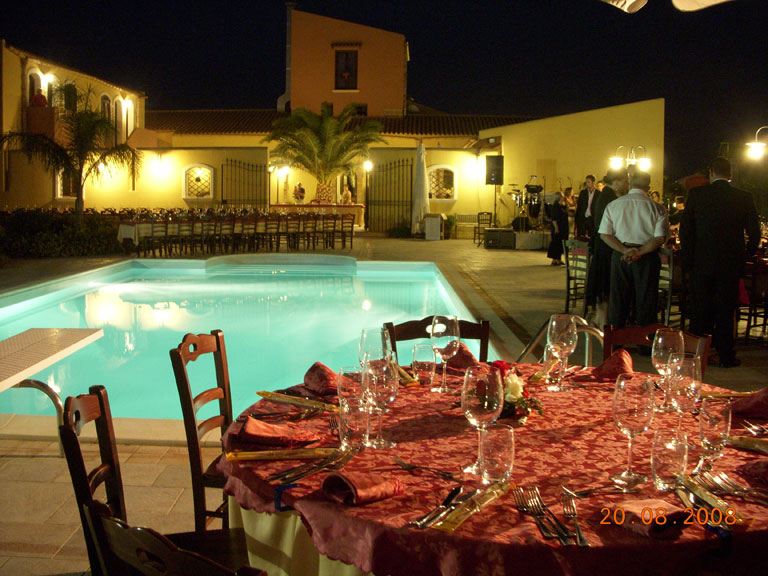 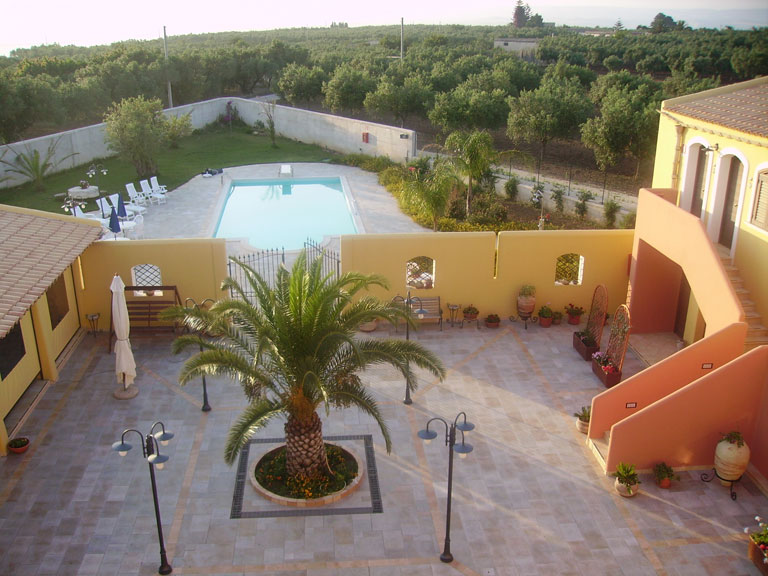 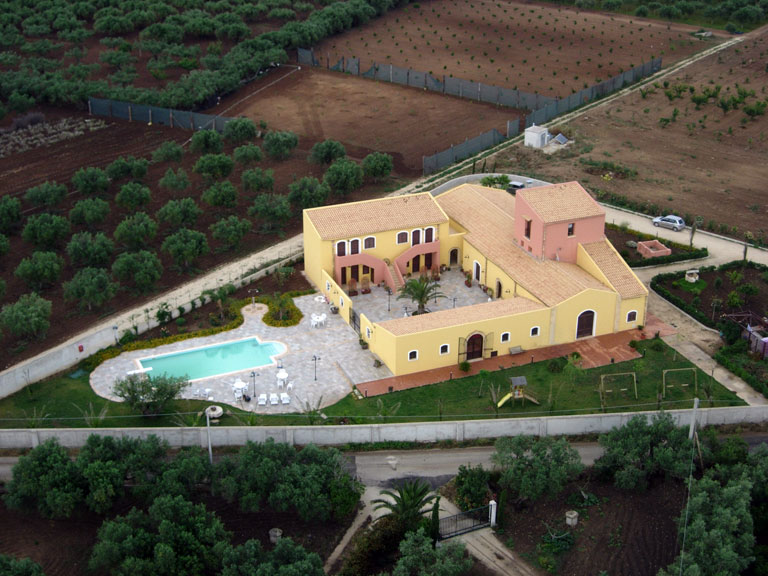 Note: Instant booking is not available on this farm. You may send request to book.

The rural tourism farm Torre Tabia is situated in the territory of Sciacca, in the countryside named Contrada Ragana, a few minutes from the sea and the historical centre. It's a real oasis of quiet and calm.
Palermo km 98,02 Agrigento km 60,78 Menfi km 18,72 Catania km 227,78 Trapani km 99,95
Torre Tabia, history Torre Tabia, feudal house-tower, dating back to the fifteenth century. Visiting our structure, you will have the pleasure of taking a dip in history ... From the research of the historical saccense prof. Cantone, it appears that the Torre della Tabia originates from an ancient feudal tower-house dating back to the fifteenth century. Torre Tabia is inserted in the context of the numerous military sighting towers built along the entire Sicilian coast by the viceroys for the interception of the Saracen ships in the Sciacca sea, between Agrigento and Selinunte. The tower stands in the back, called by the locals "Locu di Zacco", named after an ancient owner, inserted in the context of an old farm, for years left in a state of neglect. Over the decades it has undergone changes, and with the construction of other rooms and warehouses adjacent was used as a farm, hosting, in addition to the home of the owner and farmers, the premises for the storage of agricultural vehicles, livestock, an oil mill and an extensive wine cellar.
The Baths Sciacca is very rich in thermal resources. Its sulphurous, salso-bromoiodic, bicarbonate-alkaline waters are indicated for the treatment of some physical disorders. In the New Plant and in the St Calogero Stoves factory therapies are used which use mud, baths, inhalations and vapors. The mild climate, the enchanting landscape and the memories of the city make the Terme di Sciacca an ideal place for rest of body, mind and soul!
The Torre Tabia farmhouse offers you the chance to stay in one of the most suggestive corners of Sicily: Sciacca, a city rich in history, nature and folklore, famous for its fish and its ancient baths. Moreover, given its strategic geographical position, it will allow you to easily reach the tourist resorts of western Sicily such as: - Agrigento and La Valle dei Templi, - Porto Palo di Menfi, - Selinunte, - Eraclea Minoa, - the Pelagie Islands (Lampedusa and Linosa), - Pantelleria, - Palermo - San Vito Lo Capo, - Trapani, - Erice - Marsala, - Mazara del Vallo - the Egadi islands.
The structure has got 10 double rooms at disposal. Each one is furnished by natural and valuable materials and provided with TV, air-conditioner, safe-deposit box and fridge-bar. The swimming-pool is immersed in our big garden and provided with all services necessary to guarantee relax and fun to little and great ones. For those who love the sea, the most beautiful and uncontaminated beaches are only three km far from us.
Immersed in our ample garden, the swimming pool provided with all the necessary services for your relax and fun. For sea lovers, our beautiful and uncontaminated beaches are distant only three km from the Farmhouse "Torre Tabia.
Torre Tabia, the restaurant The pride of our company is the kitchen ... Torre Tabia is the ideal place where you can taste the gastronomic specialties typical of Sicilian culinary art, which are prepared preferring the raw materials of local production, some of which are collected directly in the garden we cultivated, taking care to always choose the better products that our territory offers, not least the fish caught in the Sciacca sea. Our chef will delight your palate with homemade pasta, caponata, sun-dried tomatoes, homemade bread, pasta with sardines, fish cous-cous and many other dishes that will vary from season to season, in agreement to what nature produces. For your special occasions, such as anniversaries, baptisms, communions and graduation or birthday parties, we will be happy to offer you the most particular and tasty dishes of good tradition, sure to satisfy the most demanding palates. All accompanied by the finest Sicilian and national wines. At guests' disposal there is a cozy restaurant, where they can accommodate about 50 people. Outside there are also a spacious porch and a characteristic and welcoming baglio, ideal for organizing receptions and refreshments and where you can taste our specialties under the stars on quiet summer evenings.
4 quadruple rooms
2 triple rooms
6 double rooms
Satellite coordinates 37 31 51 06 - 13 00 46 57 From Palermo: SS 624 to Sciacca, continue to the district of Foggia-San Marco, keeping an eye on our signage. Motorway A 29 exit for Castelvetrano, continue on SS 115 to Sciacca, continue for the district of Foggia-San Marco, following our signs. From the Falcone - Borsellino - Palermo International Airport. By Car: A29 Palermo-Mazara del Vallo for about 80 Km, exit Castelvetrano. Follow the SCIACCA-MENFI-Castelvetrano direction along the S.S. 115 for about 30 km. By Bus: Outside the airport take the shuttle bus, which leaves every half hour from 6:30 to 24, and get off at Central Station. Exit the station and next to the bus stop for Sciacca. From the Fontanarossa - Catania International Airport. By Car: Go in the direction of the ring road and head towards Messina, turn towards Palermo highway (A 19) for 67 km, exit at Caltanissetta junction and continue towards Agrigento (SS 640) for 65 km, continue towards Sciacca (SS 115) for km 50. By Bus: Autobahn Alibus AMT Airport - Center - Railway station every 20 minutes, from 5.00 to 24.00 - Urban fares - Weekdays and holidays When you arrive at the Central Station, take the SaisTrasporti bus to Agrigento Once you are in Agrigento just take the last bus of the company Salvatore Lumia that will take you to Sciacca From the Airport Vincenzo Florio - Trapani - Birgi By Bus: Outside the airport take the shuttle bus that will take you to the bus station - Navette - Once in Trapani Terminal Bus - FF.SS take the bus company Salvatore Lumia direct to Sciacca From Agrigento SS 115 up to Sciacca leaving the second exit, continue in the direction of Contrada Foggia-San Marco, following our sign.

Price not added by owner

No apartments exists.
Courses and Activities

Let's get used to less grapes. The annual report drawn up by the Wine Observator

Every year the city of Luigi Pirandello and the picturesque Valley of the Temples is filled with colors, music, dance and local flavors (but also multi-ethnic) that involve not only the Sicilians who ....

Ferrara on 21-22 January 2017, reopens its doors to the second edition of "Bacchus at Palazzo - the wine visiting Ferrara", an event dedicated to the wine lovers. This year the days are interested on .... 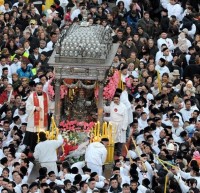 The Festival of Saint Agatha is the most important religious festival of Catania, Sicily. It commemorates the life of what is the city's patron saint, Agatha of Sicily. It takes place annually from 3 ....